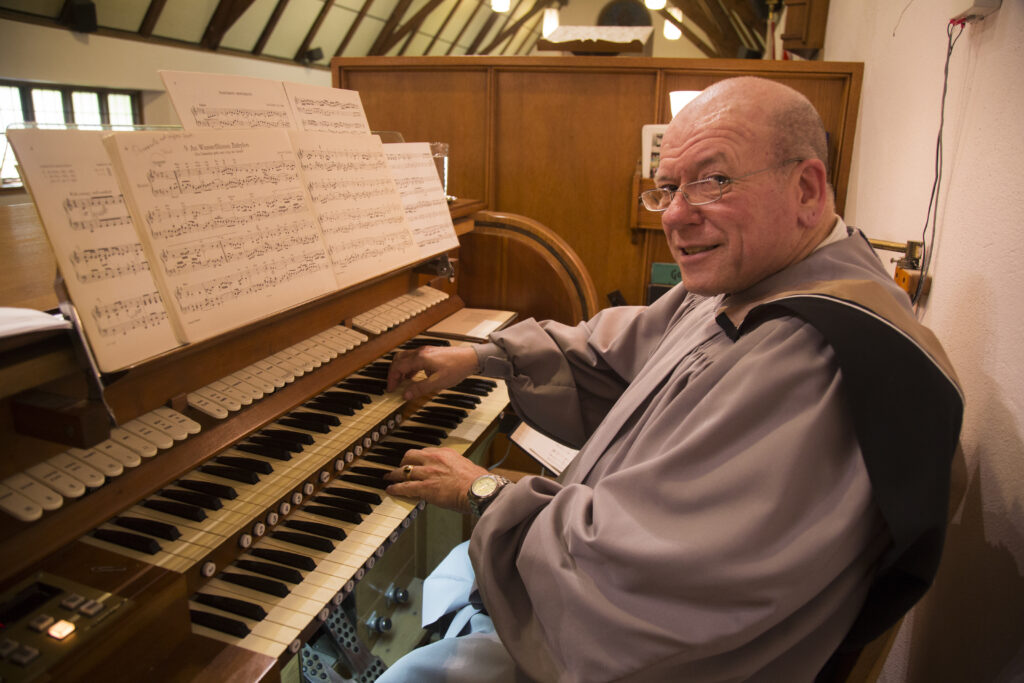 Derek’s life began in Scarborough, Ontario. At age 11, him and his family moved to Brantford where he would stay till this day. At age 14 he started learning how to play the piano. By age 16, he was already playing in Churches around the city. Derek graduated from the University of Waterloo with a B.A. (Hon.Mus.) with a church music focus and early keyboard music specialist. Since graduating he has had the opportunity to study with many talented individuals such as Elizabeth Keenan, Bonnie Silverman, and Dr. Leonard Enns, just to name a few. Derek has been featured on CBC radio on 6 different occasions and has had many church service broadcasts across western Ontario. He’s had 5 church anthems published, has done a concert tour of 6 different British Cathedrals and 2 Royal Chapels in 2002. Outside of music, Derek has also had a career in competitive powerlifting and has been associate with this sport for more than 36 years! He has set hundreds of state, provincial, national, and international world records. He remains to this day the reigning National Masters Champion in both the Canadian powerlifting federation and the Revolution powerlifting syndicate. In addition, is also the Masters champion for New York State in the RPS. He was inducted into the Brant County Sports Hall of Fame in July 2016. We are blessed to have Derek in our Farringdon family!